What is the definition of bitcoin? What is a blockchain and a miner? If you have all of these questions in your head, turn to our bitcoin glossary for help.

If you need a Bitcoin definition, you should read other articles on our blog dedicated to this cryptocurrency. To understand it in full, you also need to be aware of the latest bitcoin news, as well as relevant terminology. Below, we highlight the most common terms that you can meet on your way. Say if we missed something! 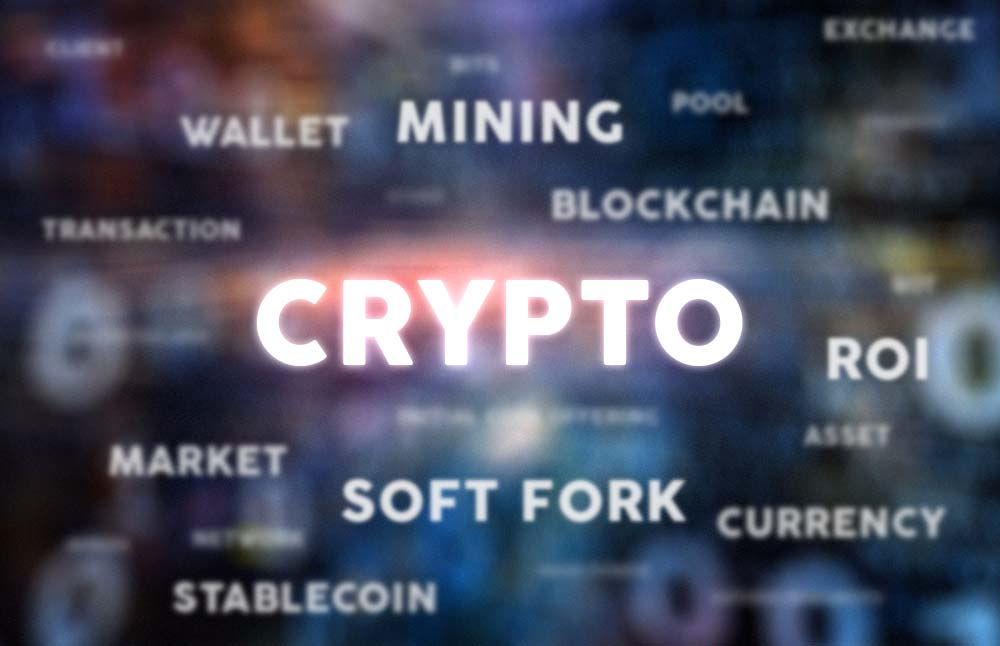 Automated market maker (AMM) serves as a part of a decentralized exchange. A special math equation is required to make the transactions happen. No counterparties are involved in the process of price formation. The trades take place right between the e-wallets of the participants. The entire process is fully automated.

Annual percentage rate (APR) stands for the number/bonus that participants can get by activating their cryptocurrencies as per loans. The percentage that a debtor has to return is also considered. By setting up high returns of this type, some cryptocurrency platforms motivate users to invest more.

Bitcoin price is the one determined by several factors, and is not set up by the government or banking system. Read more about it in this post.

Block is an element of a blockchain, which makes sense. It consists of a range of transactions put together at some point of time. These components store transaction data.

Block reward: If the participant manages to come up with a brand new block, he or she obtains a generous compensation for that, as well as the right to add another one. It is possible to obtain a prize in the shape of native crypto or transaction fees. The reward may consist of both.

Centralized limit order book stands for the unique approach to exchange that makes bids coincide with each other. Also known as CLOB, the exchanges of this type are regulated by private organizations. Users submit their orders and price expectations, and the system finds those who agree to those requirements.

Coinbase transaction is the one that tells the network where exactly the bonus for confirming the transaction should go. That is the wallet’s address or personal account at a payment system.

“Cold” wallet does not have to be connected to the world wide web all the time like its opposite, “how” wallet. It employs different reliable safety measures, but is more difficult to access than the “hot” wallet.

Confirmation of a transaction is required to send/receive funds in the shape of cryptocurrency or another cash.

Cryptocurrency is the digital currency that employs cryptographic safety and applies smart, complicated math algorithms to control the development of new coins. Crypto is not regulated by any banks or financial institutions. The government does not have control over it as well. Bitcoin is the first known cryptocurrency.

Decentralized autonomous organization is the one which is supported by the pre-developed code and the votes of users who communicate with it. To understand the way DAO functions, one should get familiar with the smart contracts and participant credentials.

Decentralized finance can be best explained by such qualities as transparency, availability without special permissions, and interoperability. DeFi refers to financial apps assisted by blockchain technology alone, with no regulations from official structures like banks.

Decentralized exchange provides user-to-user transactions and is not somehow custodial. It is possible to buy/sell cryptocurrencies with no third parties involved. No one is able to see the transaction and mintor it except for the peers who take part in it.

DEX aggregator (a.k.a. a decentralized exchange aggregator) makes it possible to control various liquidity pools from just one dashboard. This tool looks for the best crypto offers based on the queries of the users. It analyzes the prices across the market thoroughly. Also, clients can buy/sell coins right from their wallet addresses.

Distributed ledger tech is used to record data on transactions done from numerous network nodes. The nodes are applied to conform the info.

Eclipcoin is the trusted way to buy Bitcoin at a good rate online. Many businesses choose this exchange service from Estonia due to the number of reasons. It has proven its competence just in less than a year, guaranteeing fast transactions in less than two hours and full privacy of data.

Forks can be of two types: hard and soft. The first one is not compatible with the last network version while the second one means that upgraded nodes accept blocks from the outdated nodes.

Halving has to do with the number of coins released. Not all cryptocurrencies have a restricted quantity of tokens. Bitcoin is the one with a finite supply (only 21,000,000 so far), but the coins won’t be over soon. At least, no earlier than 2140, as predicted. On the whole, it is about cutting down the number of tokens awarded for building/adding a new block by ½. Bitcoin halving takes place once in four years on average.

Hashing happens when a specific key is converted into a different value. It means generating the new value based on a math algorithm. In its turn, hash rate is the number of hashes per second that a machine can process.

“Hot” wallet is applied for instant transactions of cryptocurrency when connected to the world wide web. It is simpler for the owners to access their wallets for daily transactions. At the same time, this type of wallet is at a higher risk of being hacked than a “cold” one.

Impermanent loss is the temporary one that liquidity providers may face due to the volatility in a trading pair. The amount of loss depends on the volume of a trading pair. That’s the difference between how much one would possess if they keep their cash instead of providing liquidity.

Initial coin offering is the crypto field equivalent to an initial public offering. In other words, ICO is an analogy of IPO. This is, simply said, the way to raise capital to come up with a new altcoin.

Liquidity pools in the crypto world are applied to initiate trading and investing of digital currencies. These pools of crypto coins are regulated by the smart contracts and are part of them.

Mining is the backbone of the cryptocurrency network. It is done by specialized machines. The goal of those who take part in bitcoin mining is to guarantee network security and verify transactions. Every ten minutes, miners obtain new coins for their participation. In a Bitcoin mining definition, it is necessary to admit that the process is rather pricey and only sporadically rewarding. It is way more complicated than simply trading bitcoin.

Money market is a place where it is possible to buy, sell, invest, or borrow cryptocurrencies. No regulating body or central node is present on such platforms. Smart contracts and liquidity pools are the main “players” of this market.

Multiple-sig is associated with the type of wallet that needs numerous keys to authorize a transaction. It means better security and confidentiality.

Node is basically every machine connected to a blockchain. A light node is the one only capable of downloading separate segments and verifying transactions while a full node completely validates data.

Parachain is another type of blockchain. It derives the safety and consensus systems from the relay chain. That is the only difference between parachain and blockchain.

Peer-2-peer is the communication that occurs between computers on a decentralized network. There is no need for a third party to confirm any transactions between peer-to-peer units.

Proof-of-Stake is just another, less popular method to add blocks to a blockchain.

Proof-of-Work, a.k.a. PoW, is the way to pick those who have a right to come up with a new block and get a reward.

Public key is a string crucial in the process of submitting/getting crypto. Private key is more secure, but experts recommend combining both for the increased protection of cryptocurrency.

Seed phrase refers to public and private keys. Once lost, you may recall the password thanks to the series of words. They show up randomly and it is impossible to guess them.

Side chain is the separate one that is part of a parent chain, and they allow for higher scalability.

Stablecoin is the one linked to a stable asset like the EUR or GBP. They are meant to withstand volatility of other types of crypto.

Tokenization is the procedure of moving assets to a representation of their value on the blockchain. It is about changing any asset into the amount of bitcoins that correspond to its real value.

Validator is the one who takes part in proof-of-stake systems to confirm new blocks. They are the ones who obtain rewards in the shape of new coins and decide where to add new blocks.

Wallet is the most popular way to store Bitcoin and other cryptocurrencies. It can be either “hot” or “cold,” online or offline. Offline wallets tend to be safer though they are harder to access.

Are you looking for more than the definition of a Bitcoin or bitcoin miner? To enrich your vocabulary, look at the list of our posts and explore them all.